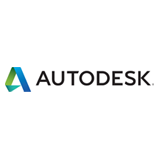 Autodesk, Inc. is an American multinational software corporation that focuses on acquiring 3D design software for use in the architecture, engineering, construction, manufacturing, media, and entertainment industries.
The company was founded in 1982 by John Walker, a coauthor of the first versions of the company's flagship computer-aided design (CAD) software product AutoCAD, and 12 others.Autodesk software has been used in the design of everything from the New York Freedom Tower to Tesla electric cars. Autodesk is headquartered in San Rafael, California, and features a gallery of its customers' work in its San Francisco building. The company has offices world wide, with U.S. locations in Northern California, Oregon, and in New England in New Hampshire and Massachusetts. In March 2008 Autodesk was named number 25 on Fast Company's list of "The World's 50 Most Innovative Companies". The company is often seen as a bellwether for the broader economy because its software is used in many major global construction projects and the manufacturing of new products.
Autodesk became best known for AutoCAD but now develops a broad range of software for design, engineering, and entertainment as well as a line of software for consumers, including Sketchbook, Homestyler, and Pixlr. The company makes educational versions of its software available free to qualified students and faculty through the Autodesk Education Community. Autodesk's digital prototyping software, including Autodesk Inventor and the Autodesk Product Design Suite, are used in the manufacturing industry to visualize, simulate, and analyze real-world performance using a digital model during the design process. The company's Revit line of software for Building Information Modeling is designed to let users explore the planning, construction, and management of a building virtually before it's built.
Autodesk also provides digital media creation and management software for film and television visual effects, color grading, and editing as well as animation, game development, and design visualization. Autodesk media and entertainment software has been used to construct scenes in every Academy Award Best Visual Effects winner for the last 16 years.